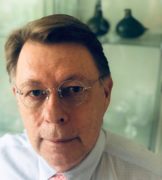 Juha Uitto is Director of the Independent Evaluation Office (IEO) of the Global Environment Facility (GEF), an operational entity of the financial mechanism for five multilateral environmental conventions, including the UN Framework Convention on Climate Change (UNFCCC). He has headed the GEF IEO since 2014, prior to which he worked as Deputy Director and Evaluation Advisor in the UN Development Programme (UNDP) IEO. He has more than two decades of experience as an evaluator during which time he has managed and conducted numerous evaluations at the global, regional and country levels focusing on the nexus between environment and development. Juha spent the 1990s as environmental research and training program manager at the UN University. He has taught several workshops at IPDET between 2007 and 2013, and has published widely on topics related to environment, sustainable development and evaluation. His recent books include Evaluating Environment in International Development (2nd edition 2021); Environmental Evaluation and Global Development Institutions: A Case Study of the Global Environment Facility (with Geeta Batra and Osvaldo Feinstein; 2022); and Transformational Change for People and the Planet: Evaluating Environment and Development (with Geeta Batra; 2022). A native of Finland, Juha was educated at the Universities of Helsinki and Lund and holds a PhD in Social and Economic Geography.

I-f: Evaluation at the Nexus of Environment and Development
For evaluation to remain relevant in today’s world, it must recognize the interconnectedness of the human and natural systems. As evaluators, we must see the larger picture in which the interventions we evaluate operate. We can no longer evaluate projects and programs in isolation, based only on their internal logic, as if they existed in a vacuum.
Instructor(s)Juha Uitto, Geeta Batra
Recommended forEvaluators, Comissioners, Parlamentarians, Policy Makers, Practitioners
LevelIntermediate